Before you go, did you know that simply by sharing this campaign, you could help it raise $30? It's an effective way to support the cause.

Subscribe to email updates on progress of this fundraiser.

Be The Hope a Child Need. Sponsor a Child Today!
SubscribeUnsubscribe
✖
Gallery (13) 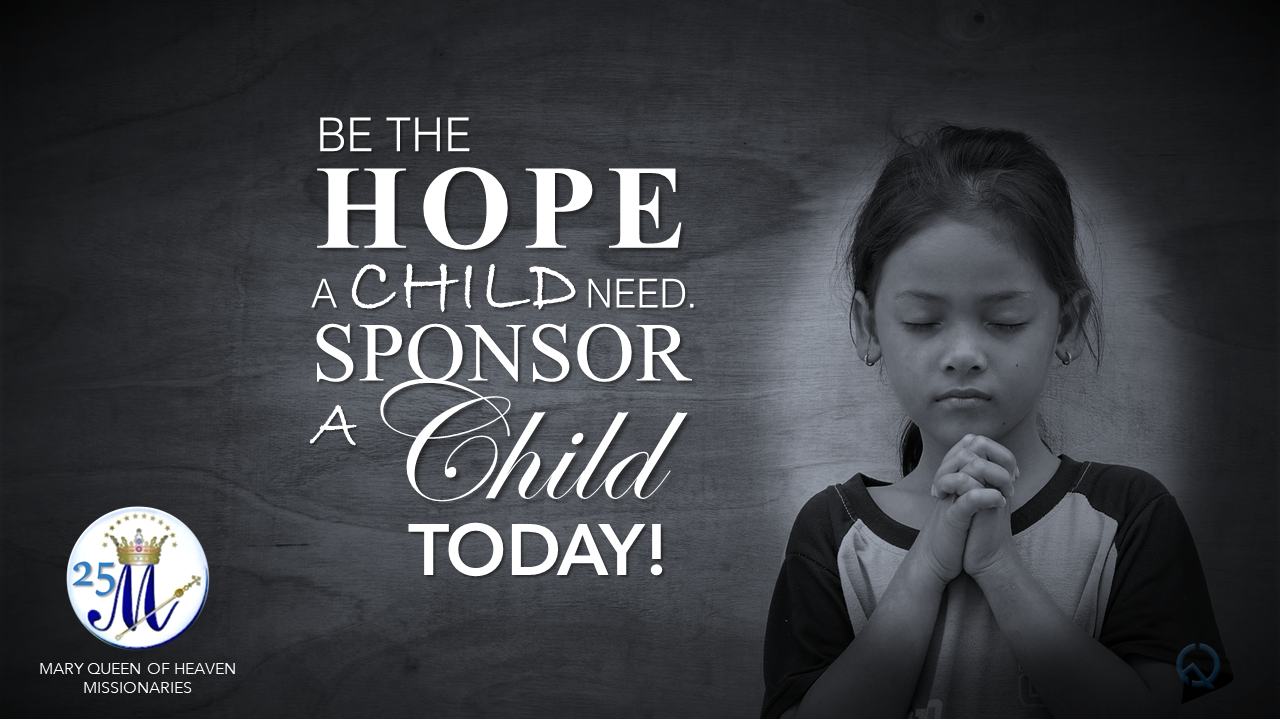 The Philippines currently holds the unwanted distinction of the fourth largest country in the world in terms of sexual exploitation of children. Young girls are preyed upon by human traffickers promising parents they will provide “good jobs” in the city.

Established in 2007, the Regina Coeli Education Program core values is to uplift the dignity of human lives by means of educational assistance, spiritual guidance and hope to impoverish communities. At the same time, the program provides the preventative means of combating sex trafficking of poor children in the countryside. The MQHM strongly believe that poverty is the root cause of pervasive prostitution of minors.

Together with a network of lay teachers and volunteers called “Mission Partners” in remote villages, the MQHM Sisters work tirelessly to provide basic staples and encourage families to allow their children to go to school. Being around the school environs, exposes children to a future of hope, skills, and dignity. Schooling has also proved to be a successful deterrent to the preying of recruiters.

Currently, our education program has supported almost eight thousand well-deserving beneficiaries in ten provinces in the Philippines. In the next 12 months, we look ahead to extend and serve an additional fifteen underprivileged rural communities. And by 2025, our hope and prayer, with the continued unselfish efforts of our mission partners, volunteers, donors, and benefactors, our mission would have reached the entire archipelago.

For only $0.82 a day, you will, not only keep a child off from the reach of human traffickers, but also give the child an education and hope for a better future.

Be The Hope a Child Need. Sponsor a Child Today!

In 1996, Corazon J. Salazar, along with her six friends, embarked on a mission to rescue young girls and women from the dens of prostitution in the Red-Light District of Manila. Four years later, His Eminence, Ricardo Cardinal Vidal, Archbishop of Cebu, formally established the Institute of Mary Queen of Heaven Missionaries (MQHM) as a Catholic Association of the faithful, giving his full support and fatherly guidance. On August 22, 2003, he canonically erected it as a Public Association of the Faithful, with Sr. Ma. Corazon Salazar, MQHM as Mother Foundress.

Over the years, the MQHM has continued to become a beacon of hope to many victims of sexual exploitation and trafficking in the Philippines by embracing lost souls and welcoming them in their Home of Love shelters. At the same time, providing free educational opportunities to underserved communities in various part of the country through their Regina Coeli Education Program.

"If you want God to hear your prayers, hear the voice of the poor. If you wish God to anticipate your wants, provide those of the needy without waiting for them to ask you."

In 2021, the MQHM celebrates her 25 years, with renewed enthusiasm and hope as they continue to bring their vision “to bring back God’s fallen and unfortunate children to His fold through our expression of the loving compassion of Jesus, especially to the outcasts of society.”

Since her humble beginnings in the streets of Manila, the MQHM has expanded her reach in twenty-five provinces, operating two shelters for women and children, and has served almost eight thousand educational beneficiaries, with 934 graduates in School Year 2020-2021.

The band of sisters have changed thousands of lives through the generosity of countless global supporters and benefactors, like you, who unselfishly heed the call to be the “wings that enables the mission to continue to serve our brothers and sisters God has entrusted to the group, and to bring them back to Jesus and His abundant love.”

“A small group of thoughtful people could change the world.”

Despite of the mission’s success for a quarter of a century, more young girls and women continue to remain vulnerable and falling victims to sexual exploitations. True that the MQHM may not completely solve all the social ills brought about by impoverishment, nor one person plucked from the mire of destitution change the world—maybe not the whole world, but their world.

As the MQHM marches on for the next 25 years doing God’s work, we invite you to join our mission and “become part of something bigger than yourself; something that gives you purpose and meaning.”

“You have not lived today until you have done something for someone who can never repay you.”

Related fundraisers for our cause 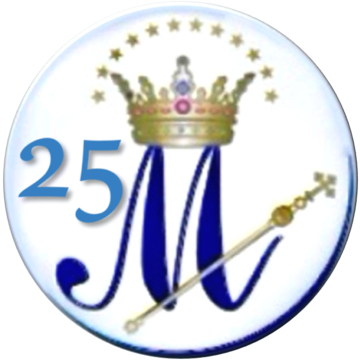 Join MQHM Regina Coeli Education Program in making this campaign a success. Together we can do good for the cause we believe in.

Join our team
OR

Start your own team

Work with your friends to support our cause. It's easy, free, and takes just minutes. Start a team now

Already on a team?
Go to your team's campaign

last time you signed in with on this device. Not you?

Heads up! You signed in with before. To sign in with your email address, you need to set a password. 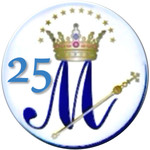